This list is not quite as long as the ones I’ve put together for Scottish History and Irish History, but I am always looking out for good historical fiction set in Wales, so hopefully this page will soon become much longer! Wales is a country with a fascinating history and I enjoyed all of the books mentioned below.

Daughter of the Last King by Tracey Warr

Starting with the book set in the earliest time period, Daughter of the Last King takes us back to 11th century Wales and introduces us to Nest ferch Rhys, daughter of the last king of Deheubarth. I have the sequel, The Drowned Court, on my shelf to read soon.

Here Be Dragons by Sharon Penman

Then there’s Sharon Penman’s Welsh Princes Trilogy, which begins with Here Be Dragons, the story of Llewelyn ab Iorweth (known as Llewelyn the Great) and his wife Joanna, an illegitimate daughter of England’s King John.

Falls the Shadow by Sharon Penman

The second book in the trilogy, Falls the Shadow, is set several years later and tells the parallel stories of Simon de Montfort’s rebellion against Henry III and, in Wales, the rivalries between Llewelyn’s sons and grandsons. I still need to read the final book, The Reckoning.

A Morbid Taste for Bones by Ellis Peters

This book by Ellis Peters (Edith Pargeter), the first in her Cadfael mystery series, involves a journey to a Welsh village to bring back a saint’s relics to Shrewsbury Abbey.

This is a time slip novel set in Hay-on-Wye, close to the border between England and Wales. The historical thread of the story involves a young woman who becomes caught up in Owain Glyndŵr’s rebellion against the rule of Henry IV of England.

First of the Tudors by Joanna Hickson

In First of the Tudors, Joanna Hickson looks at the Welsh origins of the Tudor dynasty, with a focus on Jasper Tudor, Earl of Pembroke, uncle of the future Henry VII. 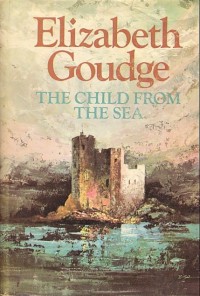 The Child From the Sea by Elizabeth Goudge

This is a beautifully written novel about Lucy Walter, a mistress of King Charles II and the mother of his eldest son, the Duke of Monmouth. Lucy grows up at Roch Castle, on the Pembrokeshire coast, and her Welsh childhood is described in vivid detail.

My Beautiful Imperial by Rhiannon Lewis

This book begins in 19th century Wales with a young boy dreaming of a life at sea before developing into a fascinating novel about the Chilean civil war.

Blow on a Dead Man’s Embers by Mari Strachan

Moving forward into the 20th century, I remember enjoying Blow on a Dead Man’s Embers (renamed simply Dead Man’s Embers since I read it a few years ago). The book is set in the 1920s and follows the story of a woman whose husband returns home to Wales after the First World War suffering from shell shock.