I haven’t bought any new books for a while as I’ve been running out of shelf space (as usual!) and have been trying to read some of the books that I already own or borrowed from the library, but here are a few that I’ve acquired in the last couple of weeks.

The Red Queen by Philippa Gregory – I received this from Simon & Schuster for their upcoming Red Queen blog tour (16th-20th August). They also sent me the paperback version of the previous book in the trilogy, The White Queen.

Second Hand Heart by Catherine Ryan Hyde – I’m taking part in the Transworld Summer Reading Challenge, where bloggers can choose four titles to be sent for review during the summer. This is the first book I’ve received for the challenge – the other three I’ve requested are After You by Julie Buxbaum, If I Stay by Gayle Forman and Prep by Curtis Sittenfeld. (I think there’s still time to sign up at the Between the Lines blog – but it’s EU residents only.) 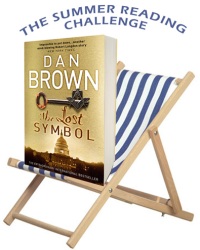