By now you’ve probably seen versions of the Bookish Time Travel Tag appearing on other blogs or maybe even taken part in it yourself. I was tagged by Jane at Beyond Eden Rock and although it has taken me a while to put my post together, it’s finally ready! I’ve had fun coming up with my answers to the questions and would like to thank both Jane and The Library Lizard, whose original idea this was. 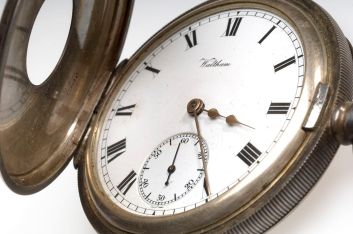 1. What is your favourite historical setting for a book?

I couldn’t possibly give just one answer to this question – as someone who loves reading historical fiction, I find most historical settings interesting! A few that I particularly enjoy are: 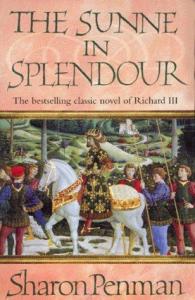 I also love the Victorian period – as well as reading historical fiction set in that era, many of my favourite classics were also written in the 19th century.

But if I have to choose one favourite historical setting, it would have to be the Wars of the Roses. I hadn’t read anything set in that period until just a few years ago, but beginning with The White Queen by Philippa Gregory and then The Sunne in Splendour by Sharon Penman, I’ve been reading everything I can find on the subject.

2. What writer/s would you like to travel back in time to meet?

I’m not sure about this one. In most cases, I prefer to just enjoy an author’s writing without knowing too much about them as a person – and I think if I did meet one of my favourite authors, I would probably be too shy to say very much anyway. I’ve always found the Brontës interesting to read about, however, so I would pay them a visit at Haworth Parsonage and see if they were really as they’ve been portrayed.

3. What book/s would you travel back in time and give to your younger self? 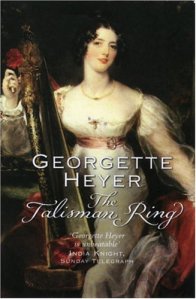 There are a lot of authors I’ve only discovered in recent years (thanks to book blogging) who I know I would have loved when I was younger. I would give my younger self copies of Nine Coaches Waiting by Mary Stewart and The Talisman Ring by Georgette Heyer because I’m sure working through the many novels of both of those authors would have given me hours of pleasure as a teenager.

I would also take Robin Hobb’s Assassin’s Apprentice and I Capture the Castle by Dodie Smith, both books I’ve read and loved in the last few years but which I think would also have been perfect for the younger me.

4.What book/s would you travel forward in time and give to your older self?

I remember reading The Professor’s House by Willa Cather and thinking that it might be a book I would appreciate more if I was older, so maybe I would give that one to my older self to see what she thinks of it. Otherwise, I’ll leave her to decide for herself what she wants to read. One thing is certain: if my TBR continues to grow at its current alarming rate, she’ll never run out of books to choose from!

5. What is your favourite futuristic setting from a book? 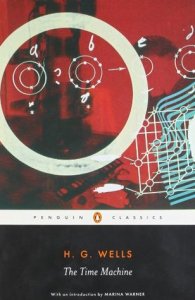 I don’t read a lot of books set in the future – I much prefer books set in the past – and of the few futuristic novels I have read, I can’t really say that any of the settings particularly appealed to me. The first book that comes to mind here is The Time Machine by HG Wells which takes us forward in time to the year 802,701, an eerie and unsettling world in which the human race has evolved into two species, the Eloi and the Morlocks. I found it a bleak and depressing view of the future, so can hardly describe it as a favourite!

6. What is your favourite book that is set in a different time period (can be historical or futuristic)? 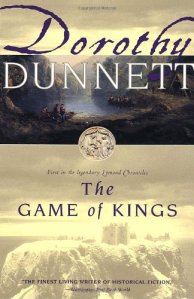 Well, after my answer to the previous question you won’t be surprised to hear that I won’t be mentioning any futuristic books here – my favourites are all historical! This could be a long list, but I’ve limited myself to five.

The Sunne in Splendour by Sharon Penman
The Lymond Chronicles by Dorothy Dunnett (technically six books, but I couldn’t single out one of them)
Katherine by Anya Seton
Gone With the Wind by Margaret Mitchell
The Far Pavilions by MM Kaye

If I can also include books written in a different time period – but not strictly ‘historical’ – my list would be even longer and would include some of the following (again I’ve restricted my choices to five):

7. Spoiler Time: Do you ever skip ahead to the end of a book just to see what happens?

No, never. I like to be surprised by all the twists and turns of a story and I’m always disappointed when I inadvertently come across a spoiler. There have been times when I’ve flicked through the pages ahead looking for a chapter break and seen something I would rather not have known, so I’m always very careful now. I avoid reading introductions in books for the same reason.

8. If you had a Time Turner, where would you go and what would you do?

I don’t think I would like to travel into the future, but with my interest in history, I would find it fascinating to go back to any earlier time and see how people lived. Of course, some time periods are more dangerous than others, so I would have to think carefully about when and where it would be safe to go! I would only want to observe; I would be too afraid to do anything that might change the course of history, tempting as it might be in some cases. 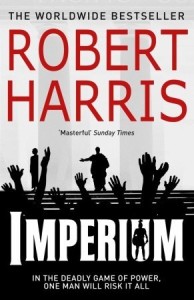 From a literary point of view, I think it would be interesting to spend some time in the 19th century so I could read those wonderful classic novels while they were being serialised week by week, as the authors intended. While I’m there, I would like to go and see one of Charles Dickens’s public readings (I remember reading about this in The Last Dickens by Matthew Pearl and lamenting the fact that we don’t have any recordings to listen to).

Which reminds me that when I was reading the Cicero trilogy by Robert Harris recently, I kept thinking how great it would be to sit there in the senate in Ancient Rome, listening to Cicero’s famous speeches, so maybe I could go further back in time and do that as well.

9. Favourite book (if you have one) that includes time travel or takes place in multiple time periods? 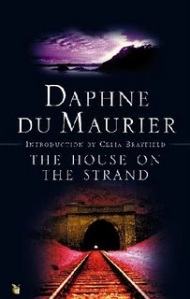 I have always loved reading about time travel – one of my favourite books as a child was Many Waters by Madeleine L’Engle. As for books set in multiple time periods, I’ve read a lot of those too. Again, I could put a long list of books together in answer to this question but I’ve forced myself to just choose a few.

The House on the Strand by Daphne du Maurier
Mariana by Susanna Kearsley
The Outlander series by Diana Gabaldon
Sarum by Edward Rutherfurd (no time travel but set in many different periods!)

10. What book/series do you wish you could go back and read again for the first time? 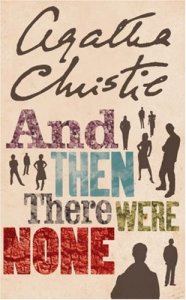 I would like to be able to read Agatha Christie’s And Then There Were None again without knowing the solution to the mystery. This also applies to any other mystery novel, I suppose, or any book with a clever twist – they can still be enjoyed on a re-read, but it’s not the same when you know what’s going to happen!

I do enjoy revisiting my favourite books – there are some on my shelves that I’ve read over and over again, so many times I’ve lost count – but the first read is always very special. Reading the Lymond Chronicles by Dorothy Dunnett for the first time in 2012 was the greatest reading experience I’ve had since I started blogging. I remember my surprise on reaching a point in the first book, The Game of Kings, where things suddenly became much clearer and a certain character’s behaviour started to make a lot more sense; I would like to be able to recapture that moment!

Now I’m supposed to tag other people who I think might like to take part, but as so many of the bloggers I follow have already been tagged and I’ve lost track of who has and who hasn’t – I’m simply going to tag anyone who wants to join in! If you decide to do this yourself, please let me know in the comments. I would love to see your answers.