In previous Historical Musings posts, I’ve confessed to a lack of knowledge of the histories of certain African and European countries and was pleased to receive so many intriguing suggestions for future reading. This month’s post is on a similar topic, but much more specific as this time I’m asking about just one particular country rather than a whole continent! 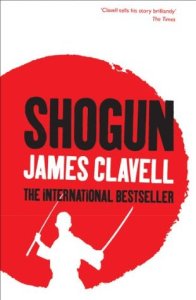 I’ve recently finished reading Lesley Downer’s The Shogun’s Queen, one of a quartet of novels set in nineteenth century Japan. The book tells the story of Atsu, the wife of Iesada, the 13th Tokugawa Shogun. I have yet to post my full thoughts, but for now I can say that I found it all fascinating; everything that happened in the novel was completely new to me and as I read, I couldn’t stop thinking about how little knowledge I have of Japan’s history. In fact, the only other historical novel I can think of that I’ve read set in Japan is Shogun by James Clavell (set much earlier than the Lesley Downer book, in 17th century feudal Japan).

I read Shogun a few years before I started blogging in 2009, and I was convinced that, surely, I must have read something else set in Japan since then! A search through my blog archives, however, shows that I haven’t – although I have read some books that touch on various aspects of Japanese history and culture. For example, the gardener Aritomo in Tan Twan Eng’s The Garden of Evening Mists is Japanese and the story is set partly during Japan’s occupation of Malaya. China Dolls by Lisa See and Hotel on the Corner of Bitter and Sweet by Jamie Ford both explore the fate of Japanese Americans during World War II, while Ghostwritten by Isabel Wolff features the story of a character who was interned in a Japanese camp in Java. Other than these few books, Japan doesn’t seem to have featured in my reading at all in recent years.

So, my question this month is:

Which books would you recommend to someone who knows almost nothing about Japan’s history? Fiction, non-fiction and classics…any suggestions are welcome!