A selection of words and pictures to represent July’s reading

“That’s the only way we ever will go. You can’t sit on the bank and think about it. You have to plunge. That’s the way I’ve always done, and it’s the right way for people like you and me. There’s nothing so dangerous as sitting still. You’ve only got one life, one youth, and you can let it slip through your fingers if you want to; nothing easier. Most people do that.” 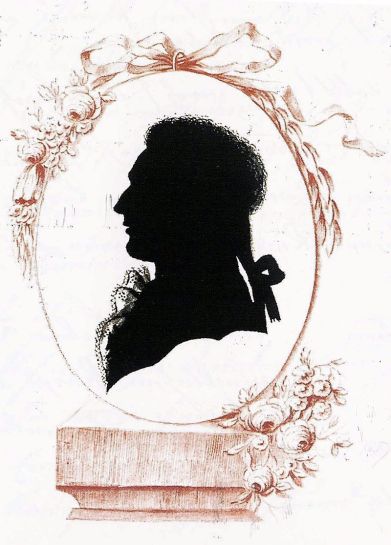 A traditional silhouette portrait of the late 18th century

The walls were hung with shades, exemplars of the dead man’s trade. These were mostly plain black on a white background, but some had embellishments of gold or silver around the edge of the figure, creating a kind of halo. The subjects were usually single individuals, but there was one family group, sitting on delicately made iron chairs – the very same chairs, I now saw, as those partly covered in sacking by the window. There was something salutary about this society of shadows. The meaning appeared to be that everyone’s life was occluded – a notion I could very easily credit.

“This violence of landscape, this cruelty of climate, this continual tension in everything, and even these monuments of the past, magnificent yet incomprehensible because not built by us and yet standing round us like lovely mute ghosts; all those rulers who landed by main force from every direction who were at once obeyed, soon detested, and always misunderstood, their only expressions works of art we couldn’t understand and taxes which we understood only too well and which they spent elsewhere: all these things have formed our character, which is thus conditioned by events outside our control as well as by a terrifying insularity of mind.”

“Well, lad, the Bible teaches us that if Satan can disguise himself as an angel of light, then his servants will almost certainly follow suit. People and things are not always what they seem. You must treat everyone and everything with suspicion. It is the only way to root out evil.” 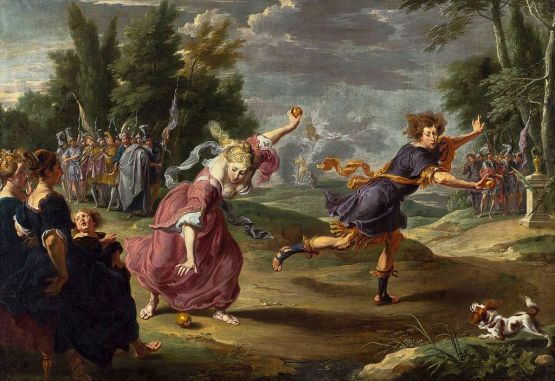 Atalanta and Hippomenes by Willem van Herp (circa 1650)

“Don’t you see?” Iris asks, and in spite of herself, she leans forward a little on her seat, her breath coming rather fast. “It means that it’s not about Fate, or forcing the mortals to do our will, as we thought. It is about the choices mortals make – a world of freedom, where our destiny is our own, and not determined for us.”

That’s me, thought Laure, a mad intellectual! They had all been mad for a few weeks in Paris. Never again would she feel that intense sense of freedom, empowerment and fellowship. What were they fighting for? Sometimes they had all wondered themselves, but they knew they were fighting against something – against the suffocating old University and its lack of freedoms, against the brutality of the police and the authorities, against the old regime that was leaving France a century behind the world.

M. de Sarcey was fascinated by this spirit so akin to his own. For the first time in his life he felt a pang of wonder as to whether he had not missed something by the assured magnificence of his position, a sudden glimpse of how splendid it might have been to have been free even from the chains of luxury and custom.

They left the carriage in Alex’s centre square, the palm-fringed Place Mohammed Ali, and set off to Draycott’s on foot. It was as they joined the crowds coursing down the main shopping thoroughfare, the elegant Rue Cherif Pasha, that Olivia felt the straining atmosphere of the day dip and darken. She looked to the heavens to see if a storm was coming, but the sky was pure blue.

Beneath a Burning Sky by Jenny Ashcroft (2017)

I believe there is a theory that men and women emerge finer and stronger after suffering, and that to advance in this or any world we must endure ordeal by fire. This we have done in full measure, ironic though it seems. We have both known fear, and loneliness, and very great distress. I suppose sooner or later in the life of everyone comes a moment of trial. We all of us have our particular devil who rides us and torments us, and we must give battle in the end. We have conquered ours, or so we believe.

Craddock stood looking up at it for several minutes, watching the west windows turn ruby in the sun and as he stared, eyes half closed against the sun, the silent building began to stir with life, so that he saw it as an ageing and once beautiful woman, awaiting the return of sons who had marched away centuries since and been swallowed up in a forgotten war. There was patience here, patience and a kind of desperate dignity, as though all hope of their return had never been abandoned, and that one day all the windows would glow with candles. 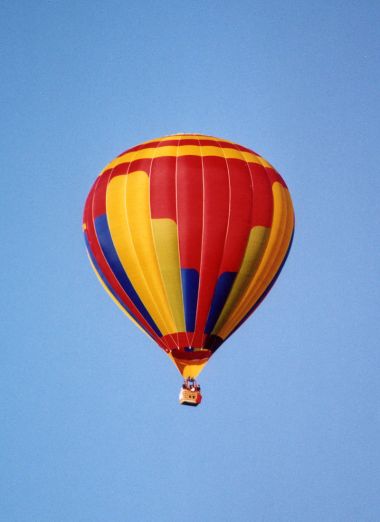 The balloon hung in the air like an inverted Christmas bauble, its voluptuous, candy-striped sphere reflected perfectly in the lake. In the early light, the water glowed with the colours of a ripe peach, pale gold towards its edges, a deeper, richer pink at its heart. There was no wind. No sound. The trees along the shoreline had ceased their pre-dawn rustling and none of the balloon’s thirteen passengers was either moving or speaking. The world seemed to be holding its breath.

“How will you know what is true,” Adam asked, “if they are conflicting accounts? Who is telling the truth? You see, it’s not just you. We all have to face this. People have different versions of what happens. Everyone is sure that theirs is the right one.”