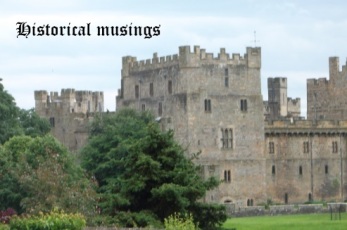 Welcome to my monthly post on all things historical fiction! This month I thought it would be interesting to look at one of the most basic questions people often ask about historical fiction – and to which there seems to be no right or wrong answer. That is, how long ago does a book need to be set for it to be considered ‘historical fiction’?

There is no definitive set of criteria to say what is historical fiction and what isn’t, although it seems quite obvious to me that for a book to be described as historical it needs to be set not just in our past, but also in the author’s past. I sometimes see books like Pride and Prejudice mentioned on lists of historical fiction and, in my opinion, those books don’t belong on that sort of list as they were contemporary at the time when they were written. Other people must disagree, so there is clearly some confusion over what ‘historical’ means and how it should be defined. 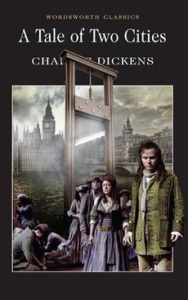 To use Charles Dickens as an example, Oliver Twist was written in the 1830s and set in the 1830s, whereas A Tale of Two Cities was published in 1859 and set in the previous century, during the French Revolution. From the perspective of the modern day reader, both of these books may feel historical, but there is a difference: in one Dickens is writing about his own time period, while in the other he is writing about a much earlier period he has not actually experienced for himself. Of the two, only A Tale of Two Cities is historical fiction.

So, back to the question of how far into the past a book has to be set before you can call it historical fiction. If a novel set in the 1990s is published today, would you say it’s historical? I wouldn’t feel comfortable with that, as it feels much too recent…but what if it is set in the 1980s…1970s…1960s? What if the author is younger than I am and is writing about a period within my own lifetime but not theirs? What should we use as the cut-off point?

Here are some definitions from other sources:

Reflecting the subtitle ‘Sixty Years Since’ of Scott’s most famous work Waverley, the majority of the storyline must have taken place at least 60 years ago.

To be deemed historical (in our sense), a novel must have been written at least fifty years after the events described, or have been written by someone who was not alive at the time of those events (who therefore approaches them only by research).

What do you think? How ‘historical’ does historical fiction need to be?

Have you added any new historical fiction to your TBR recently?

17 thoughts on “Historical Musings #31: Or, ‘Tis Sixty Years Since”