The first book this month is The Tipping Point by Malcolm Gladwell and, as usual, I haven’t read it! It’s a non-fiction book about “that magic moment when ideas, trends and social behaviour cross a threshold, tip and spread like wildfire”. It sounds interesting, but is probably not something I will ever read. 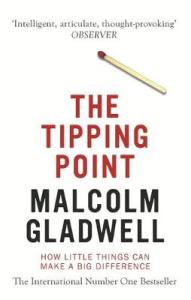 It can be difficult to think of that all-important first link when you’re not familiar with the starting book. All I could come up with was another book with the word ‘Tipping’ in the title: Tipping the Velvet by Sarah Waters! I have read and enjoyed all of Sarah Waters’ novels, although this one, about two music hall stars in 19th century London, is not a favourite. 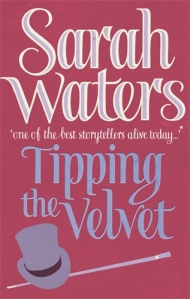 There was a BBC adaptation of Tipping the Velvet in 2002, which starred Rachael Stirling and Keeley Hawes as the two main characters, Nan and Kitty. Keeley Hawes also starred as Rachel Verinder in the BBC’s 1996 adaptation of The Moonstone by Wilkie Collins. I usually stick to books I’ve actually reviewed on my blog when I’m choosing links for my chain, but although Wilkie Collins is one of my favourite Victorian authors and The Moonstone is one of his best books, I don’t seem to have re-read it since I started blogging. How can that be? I must read it again soon! 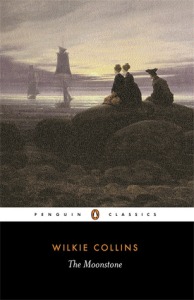 The Moonstone, like some of Collins’ others, has multiple narrators who take turns to tell their part of the story. I think Collins is the master of the ‘multiple narrator novel’, but another book written in the same format which really impressed me was Lament for a Maker by Michael Innes. 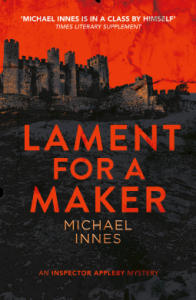 The title of this novel was inspired by the William Dunbar poem Lament For The Makers. A lot of books have titles taken from the world of poetry, but one of the first that came to mind when thinking of them was Alan Bradley’s I am Half-Sick of Shadows, which is a line from The Lady of Shalott by Tennyson. 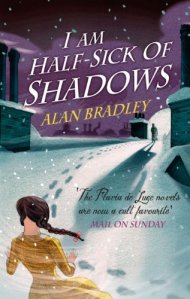 I am Half-Sick of Shadows is the fourth book in Bradley’s Flavia de Luce mystery series. There are now nine books in the series, but I haven’t read all of them yet. For my next link in the chain, I’ve chosen another book which is the fourth in a mystery series I haven’t finished reading: Ten-Second Staircase, a Bryant and May novel by Christopher Fowler. Unlike the Flavia books, which feature a ten-year-old detective, the Bryant and May mysteries have a detective duo who are in their eighties! 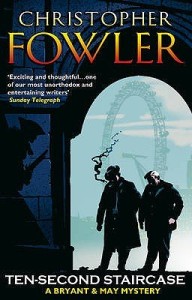 It’s been a few years since I read Ten-Second Staircase, so I had to look at my review to remind myself that it was about a killer known as The Highwayman. This leads me to my final book for this month – a novel about not a highwayman but a highwaywoman. Her name is Katherine Ferrers, or ‘the Wicked Lady’, and she is the heroine of The Silvered Heart by Katherine Clements, set in 17th century England. 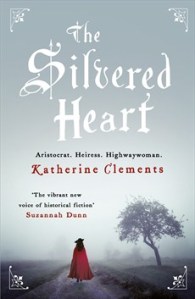 I nearly didn’t take part in this month’s Six Degrees of Separation because I just couldn’t see how to get started with the first link, so I’m pleased that I did manage to put a chain together after all! In July, the starting point will be Tales of the City by Armistead Maupin – I haven’t read that book either, but I can already see several possible directions I could go in with that one!

27 thoughts on “Six Degrees of Separation: From The Tipping Point to The Silvered Heart”