It’s the first weekend of a new month which means it’s time for another Six Degrees of Separation, hosted by Kate of Books are my Favourite and Best. The idea is that Kate chooses a book to use as a starting point and then we have to link it to six other books of our choice to form a chain. A book doesn’t have to be connected to all of the others on the list – only to the one next to it in the chain.

This month we begin with Where Am I Now? by Mara Wilson. When I first saw that this was the starting point for the chain, I struggled to think of who Mara Wilson was, but I discovered she was the child actress in Mrs Doubtfire and Matilda. 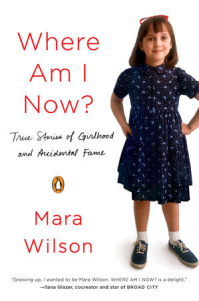 Roald Dahl’s Matilda is a great children’s book, but that’s not the book I’m going to choose for my first link. Instead I’m going to link to a non-fiction book about not just one Matilda, but four – Matilda of Flanders, Matilda of Scotland, Matilda of Boulogne and the Empress Matilda (sometimes known as Maud). The lives of these four medieval queens are explored in Alison Weir’s Queens of the Conquest. 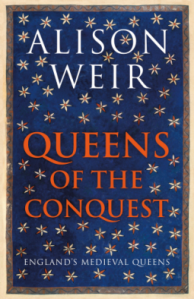 One of the anecdotes I remember reading about Empress Matilda involves her escape from Oxford Castle during a siege wearing a white cape as camouflage against the snow. Thinking of women dressed in white leads me, quite obviously, to The Woman in White by Wilkie Collins. 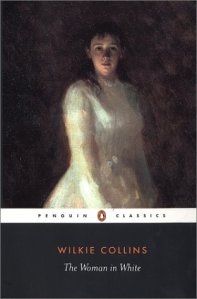 It’s been a long time since I last read Little Women by Louisa May Alcott, but it’s a book I loved when I was younger and read over and over again. I was sure I could remember a chapter with ‘Vanity Fair’ in the title, so I checked my old copy and yes – Chapter 9: Meg Goes To Vanity Fair. It’s amazing the things you remember!

Louisa May Alcott is one of several historical figures to appear as a character in Mrs Poe by Lynn Cullen, a novel telling the story of the poet Frances Sargent Osgood. Frances is known to have exchanged a series of romantic poems with Edgar Allan Poe and this book explores their relationship. 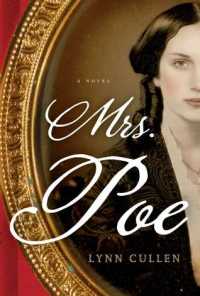 And that brings me to my final link: The Complete Tales and Poems of Edgar Allan Poe. I chose a selection of stories from the book to re-read last Halloween and I’m thinking about doing the same this year.

That’s my chain for this month! Have you read any of these books?

Next month we will be starting with The Outsiders by S. E. Hinton.

23 thoughts on “Six Degrees of Separation: From Mara Wilson to Edgar Allan Poe”