This week’s topic for Top Ten Tuesday (hosted by Jana of That Artsy Reader Girl) is “Bookish Characters (these could be readers, writers, authors, librarians, professors, etc.)”

There were lots of ways to approach this topic, but I’ve decided to list ten historical fiction novels about the lives of real authors. I have read all of them apart from the last one, which I’m reading now. Let me know if you can think of any more! 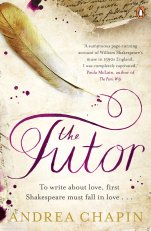 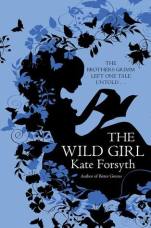 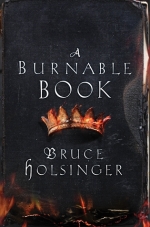 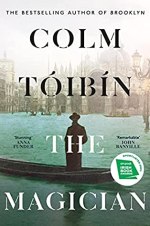 1. Daphne du Maurier – Daphne by Justine Picardie
I’m starting with one of my favourite authors, who is being celebrated this week in a Reading Week hosted by Heavenali. Picardie’s novel follows Daphne through the period when she was working on her biography of Branwell Brontë, while in the modern day we meet a PhD student who is writing a thesis on Daphne and the Brontës.

2. Charles Dickens and Wilkie Collins – Drood by Dan Simmons
This Gothic mystery is supposedly narrated by Wilkie Collins as he and Dickens (the two authors were good friends in real life) search Victorian London for a mysterious figure known only as Drood. There were some things I loved about the book – the setting, atmosphere and biographical information – but I was disappointed by the negative portrayal of Collins, who I confess to liking more than Dickens!

3. Charlotte, Emily and Anne Brontë – A Taste of Sorrow by Jude Morgan
I’ve read a few other books about the Brontë sisters (and their brother Branwell), but didn’t enjoy any of them as much as Jude Morgan’s beautifully written novel. He captures the personalities of the three sisters so well.

4. William Shakespeare – The Tutor by Andrea Chapin
I’ve read other fictional portrayals of Shakespeare too – including one by Jude Morgan, in fact – but I decided to feature this one, in which Andrea Chapin explores a possible theory to explain what Shakespeare was doing during his ‘lost years’ of 1585-1592.

5. DH Lawrence – Zennor in Darkness by Helen Dunmore
Zennor is a village on the coast of Cornwall and this novel is set during the period when DH Lawrence and his wife Frieda lived there towards the end of World War I. I loved the way Dunmore wrote about life in a small village during wartime, but found the parts of the book about the Lawrences less interesting.

6. EM Forster – Arctic Summer by Damon Galgut
This novel follows Forster’s visits to India and Egypt and the relationships he forms there that will influence his novels. Although I found a lot to admire about this book, I think I would probably have enjoyed it more if I’d read more of Forster’s own work first.

7. Jakob and Wilhelm Grimm – The Wild Girl by Kate Forsyth
This book takes a fascinating look at the inspiration behind the Brothers Grimms’ well-known fairy tales. Forsyth writes the novel from the perspective of Dortchen Wild, a young woman who grows up next door to the Grimm family in the small German state of Hessen-Cassel.

8. Bram Stoker – Shadowplay by Joseph O’Connor
The Irish author Bram Stoker’s story unfolds alongside the lives of English stage actors Henry Irving and Ellen Terry in this epistolary novel written in the form of diary entries, letters and transcripts of recordings. O’Connor weaves lots of allusions to Dracula into the plot and shows how Stoker could possibly have drawn on his own experiences to help write his most famous novel.

9. Geoffrey Chaucer and John Gower – A Burnable Book by Bruce Holsinger
We’ve all heard of Chaucer, author of The Canterbury Tales, but his friend, the poet John Gower, is much less well-known. The two of them team up to solve some intriguing mysteries in A Burnable Book and its sequel The Invention of Fire.

10. Thomas Mann – The Magician by Colm Tóibín
I don’t have much to say about this one as I’m only a few chapters into it, but I’m already learning a lot about the life of Thomas Mann. This is one of the shortlisted titles for this year’s Walter Scott Prize and is maybe not a book I would have chosen to read otherwise.

Have you read any of these? Which other novels featuring famous authors can you recommend?