For the last time this year…

A selection of words and pictures to represent December’s reading:

His eyes invited me to say more. No one ever had. Whether mortal or immortal, people did not like the sight of grief. They feared it.

The Witch and the Tsar by Olesya Salnikova Gilmore (2022)

“Where there is no hope left, you may draft in as many soldiers as you wish, but you will still not be able to implement any restrictions, and once you have failed to persuade people of the benefits of such restrictions, you will find that you are unable to enforce quarantine at all. Quarantine is the art of educating the public in spite of itself, and of teaching it the skill of self-preservation.”

‘I say,’ he began apologetically, ‘you mustn’t mind Aunt Cecelia. It’s only her manner. She’s terrifically pleased to see you.’

‘It must be awful if she isn’t,’ said Ann sincerely.

Just a few common words; and yet common things can sometimes be sublime, or, at the very least, delightful.

The Looking-Glass by Machado de Assis (2022)

She laughed then and rose up, beginning to pace, as though her feet were seeking the boards. ‘You see, now, the beauty of tragedy? It has so many faces. Not all doom and gloom, but nobility, honour and a hundred other qualities. You may laugh at a comedy, but you’ll forget it in time. Tragedy has burrs. It sticks to your heart. You remember what it made you feel, always.’

The Whispering Muse by Laura Purcell (2023)

He stopped and pulled her round to face him. “You’re talking nonsense, Sara. Wars are not won on soldiers, sailors or airmen, they are won on the temperament of the people. Nobody can beat a people who don’t mean to be beaten.”

The Winter is Past by Noel Streatfeild (1940)

“You always take for granted what you have until it is gone. And then you realize how much value it truly held in your life.”

Shadows and Strongholds by Elizabeth Chadwick (2004)

The sky boiled until, with a grace that even now left Shay breathless, the birds became a single entity. What were they? They were the shape of candle smoke or that twist of stars that lights clear nights. They were black silk. Patterns dissolved seamlessly into one another as they took on a form that was older than the earth itself, from an age before men’s straight lines.

Most of the novels are by female authors – Daphne du Maurier, Angela Carter, Virginia Woolf. In the last month, she has read Rebecca, The Bloody Chamber, Orlando. It’s been a long time since she’s derived such pleasure from it, from the stories spun of other people’s dreams.

He was struck again by the strangeness of people, their mystery, but also their recognisability. He felt he knew these people immediately, which to him suggested a certain homogeneity among humankind. A general familiarity. As if there were only ten different varieties of soul after all. 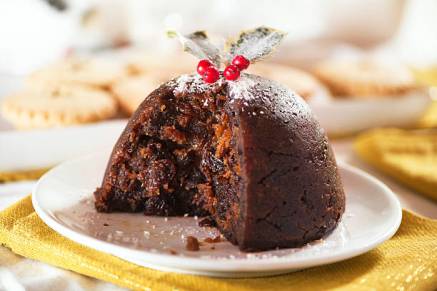 ‘Rather a waste of your time, isn’t it?’

‘If one has an opportunity to observe human nature, time is never wasted,’ said Poirot quietly.

The Adventure of the Christmas Pudding by Agatha Christie (1960)

‘Oh, the sort that are rather looked down on, I suppose,’ she replied, and laughed – though not, I rather thought, at herself, but at those who might dare to disdain her. ‘Which is to say I write stories about adventurers and forbidden love and the occasional dastardly plot for revenge, and the critics bemoan my lack of moral virtue. But people read them, and I think I should find it rather dull writing long, moralizing works.’

The Secrets of Hartwood Hall by Katie Lumsden (2023)

She loved, at twilight, when the distant brown-stone spire seemed melting in the fluid yellow of the west, to lose herself in vague memories of a trip to Europe, made years ago, and now reduced in her mind’s eye to a pale phantasmagoria of indistinct steeples and dreamy skies. Perhaps at heart Mrs. Manstey was an artist; at all events she was sensible of many changes of color unnoticed by the average eye, and dear to her as the green of early spring was the black lattice of branches against a cold sulphur sky at the close of a snowy day.

The Whispering Muse, The Adventure of the Christmas Pudding and The Winter is Past

Authors read for the first time in December:

Places visited in my December reading:

The fictional island of Mingheria, Russia, Brazil, US, England, Ireland

December reading notes: In December, I managed to read Rhododendron Pie for Liz’s Dean Street December and The Adventure of the Christmas Pudding for Read Christie 2022, but otherwise I’ve mainly spent this month trying to get ahead with next year’s NetGalley review copies! Unfortunately that means you’ll have to wait a few months for the reviews, but they are all written and scheduled and I feel as though some pressure has been lifted. I don’t have any specific plans for January, apart from needing to read Wild Strawberries by Angela Thirkell, which was chosen for me in the last Classics Club Spin.

What about you? Have you read any good books in December – and what do you think your first book of 2023 will be?