A selection of words and pictures to represent February’s reading:

Now the fascination of the past, according to psychologists, consists in its air of security. The past is over and done with; nothing more can happen in it; it is therefore a refuge from the difficult to-day and the problematic tomorrow.

There Came Both Mist and Snow by Michael Innes (1940)

“At least you’re not a stranger to yourself, Miss Hardcastle,” I say. “Surely you can take some solace in that?”

“Quite the contrary,” she says, looking at me. “I imagine it would be rather splendid to wander away from myself for a little while. I envy you.”

The Seven Deaths of Evelyn Hardcastle by Stuart Turton (2018)

“Clever? Who said that we all had to be clever? But we have to have courage. The whole position of woman is what it is to-day, because so many of us have followed the line of least resistance, and have sat down placidly in a little provincial town, waiting to get married. No wonder that the men have thought that this is all that we are good for.”

The Crowded Street by Winifred Holtby (1924)

Example of a ‘corpse road’ or coffin path.

I’m used to all weathers and I know the tricks that Nature can play. I’ve scared myself at times, imagining spirits in the mist or glimpsing marsh lights dancing on the moor at midnight. But those are nothing more than half-remembered fantasies of a child with a head full of goblins and fairies, put there by a God-fearing father with a dread of the Devil’s creatures. I’m not one for superstition and I’ve never before felt truly afraid…

The Coffin Path by Katherine Clements (2018)

It may be obtuseness on my part, but I never could see that people who lived in the Basses-Pyrénées are any more cultivated or had any broader horizons than people who live in the Green Mountains. My own experience is that when you actually live with people, day after day, year after year, you find about the same range of possibilities in any group of them.

A feeling of tension hung about Lisbon these hot days of early summer: rumours ran the streets in the daytime, as packs of scavenging dogs did by night, and Camilla did not know which she found more disturbing, the whispers that ran, incomprehensibly, through the Great Square by day, or the desolate howling of the dogs by night.

It’s really most remarkable how the human race is so seldom satisfied with what it’s got. Give a man the world and he’s still pining for the moon.

Re-read of Penmarric by Susan Howatch (1971) 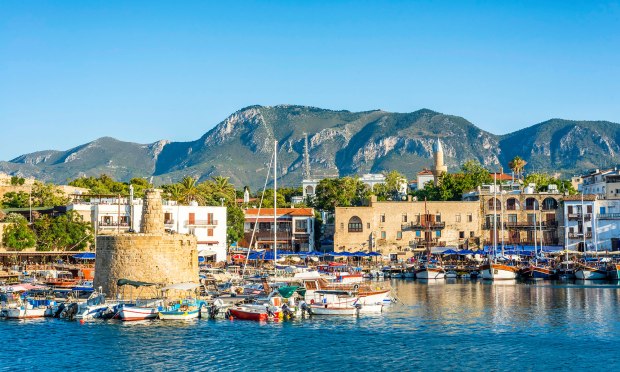 I should like to live here, thought Amanda dreamily; and remembered what Miss Moon had said about Time…that in the Villa Oleander, Time was their servant, and not they the servants of Time. Perhaps that was true of all Cyprus. Certainly this shimmering blue day held a timeless and dreamlike quality. But it was a deceptive quality, for Time must move on here as relentlessly as it did in colder and harsher countries, and it was only a pleasant illusion that here it drifted slowly and lazily. One day the world would catch up with Cyprus.

Someone at a Distance by Dorothy Whipple (1953)

Where did my reading take me in February?

Authors read for the first time in February:

Have you read any of these books? What have you been reading in February?