The starting point this month is Tales of the City by Armistead Maupin. I haven’t read it, but it seems that it is set in San Francisco.

Sometimes when I’m not familiar with the first book, I find it very difficult to get started with the chain, but this time I could think of several different directions to take. I eventually decided to go with books set in San Francisco; I can think of a few options, but the one I’ve chosen is Frog Music by Emma Donoghue. I remember really enjoying this novel, based on a true crime which happened in the 1870s. 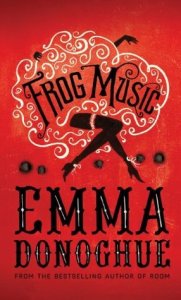 The story takes place during a heatwave. We are in the middle of one now here in the UK. It’s been too hot for me, actually, but it is nice to be able to sit outside and read for a while when I get home from work. Thinking of other books that are set during long, hot summers, the first that comes to mind is Case Histories by Kate Atkinson, one of her Jackson Brodie mysteries in which a child goes missing while sleeping in a tent in the garden.

I’ve enjoyed everything I’ve read by Kate Atkinson so far. The first book I read by her was Life After Life, in which Ursula Todd begins her life over and over again. The name Ursula makes me think of one of my recent reads, The Illumination of Ursula Flight by Anna-Marie Crowhurst, the story of a young woman in Restoration England – and that is the next book in my chain. 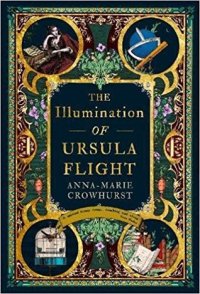 The Illumination of Ursula Flight has an unusual structure, with part of the story being told in the form of scripts from plays. I don’t read plays very often, but one that I did enjoy was French poet and playwright Edmond Rostand’s Cyrano de Bergerac. At one point during the first act, Cyrano fights a duel while composing a ballad at the same time.

I love a good fictional swordfight! Thinking of others that I’ve read, one of the most memorable is the one that takes place towards the end of The Game of Kings by Dorothy Dunnett. Unfortunately I can’t say any more about that wonderful scene, as to tell you who it involves or how it came about would most certainly mean spoiling the story!

The Game of Kings appeared on my list of favourite books read in 2012. Looking back at my 2012 list, it seems that I read some great books that year – and, in particular, some great historical fiction novels. One of these was Wolf Hall by Hilary Mantel, the first of her excellent novels on the life of Thomas Cromwell, and this brings my chain for this month to an end.

Have you read any of the books in my chain? Did you take part yourself this month?

In August, we are going to begin with Atonement by Ian McEwan.

21 thoughts on “Six Degrees of Separation: From Tales of the City to Wolf Hall”