This month we are starting with Fight Club by Chuck Palahniuk. I’ve never read this book (or seen the film) and I’m not really interested in reading it, but I can see from Goodreads that it’s about an ‘enigmatic young man who holds secret after-hours boxing matches in the basement of bars’.

For my first link, I’ve chosen another book about a fighter – Warwyck’s Wife by Rosalind Laker. The protagonist (I refuse to call him a hero) is a boxer in the 1820s and although I have little interest in boxing, I did find it fascinating to read about what the sport involved in its early days. 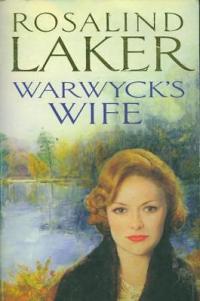 At the beginning of the book he buys a woman at auction who has been put up for sale by her husband, a custom which, unfortunately, really did take place in the 19th century. The Mayor of Casterbridge by Thomas Hardy opens with a very similar scene in which Michael Henchard sells his wife at a country fair, an impulsive act which he quickly regrets.

Like most of Hardy’s novels, The Mayor of Casterbridge is set in his fictional Wessex, based on the real landscape of south and south-west England. Another Victorian author who set several of his books in an imaginary region is Anthony Trollope. His Chronicles of Barsetshire take place in and around the fictitious English county of Barsetshire and its cathedral town of Barchester. The first book in the series is The Warden.

The warden of the title is the Reverend Septimus Harding (one of my favourite Trollope characters). Another novel with a clergyman as the main character is The Mysteries of Glass by Sue Gee, which I remember as a beautifully written, though very slow-paced, novel. Looking back at my review, I said at the time that “Although I was reading this book in July, I could still picture the cold, wintry landscape.”

Today, I don’t need a book to show me a snowy landscape – I can see plenty of snow just by looking out of my window! Thinking of other novels that have a wintry setting and atmosphere, though, leads me to the next book in my chain: The Snow Child by Eowyn Ivey, a magical story inspired by a Russian fairy tale.

Staying on the same theme, another book with the word ‘Snow’ in the title is Snow Flower and the Secret Fan by Lisa See. This one is not a wintry read, though – it’s a novel set in 1820s China in which a girl communicates with her friend through messages written on a silk fan.

That’s my chain for this month! My links have included boxing, wife-selling, fictional lands, the church and snow.

In March we will be starting with The Arsonist by Chloe Hooper.

21 thoughts on “Six Degrees of Separation: From Fight Club to Snow Flower and the Secret Fan”