It’s the first Saturday of a new month which means it’s time for another Six Degrees of Separation, hosted by Kate of Books are my Favourite and Best. The idea is that Kate chooses a book to use as a starting point and then we have to link it to six other books of our choice to form a chain. A book doesn’t have to be connected to all of the others on the list – only to the one next to it in the chain.

The book we’re going to begin with this month is, appropriately for December, A Christmas Carol by Charles Dickens. I still have the beautiful hardback copy I was given as a child with illustrations by Arthur Rackham. I talked about my memories of A Christmas Carol in a Classics Club monthly meme from a few years ao. 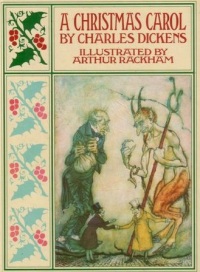 There were many different directions I could have taken from this starting point, but I decided to get into the festive spirit with a chain made entirely of Christmas-themed books. Shortly after I first started blogging in 2009, I took part in a Christmas reading challenge for which I read two books: the one above and The Christmas Mystery by Jostein Gaarder. 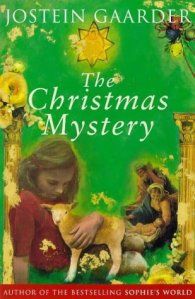 This is an unusual novel (like most of Gaarder’s), in which the story of an ancient pilgrimage to Bethlehem unfolds through scraps of paper found behind the doors of an Advent calendar. In the present day, meanwhile, a mystery begins to emerge involving the creation of the calendar itself.

Now, from one Christmas mystery to a whole collection of them…

Murder Under the Christmas Tree contains stories by classic crime authors such as Margery Allingham, Dorothy L Sayers and Arthur Conan Doyle. One author whose work doesn’t appear in that collection is Agatha Christie, but she did write a few books with a Christmas theme…including the next book in my chain, Hercule Poirot’s Christmas. 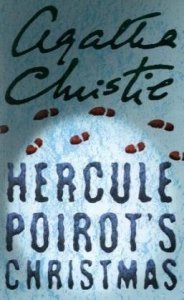 The book involves the murder of an old man who is found dead in his home while his family gather to celebrate Christmas. I enjoyed it, but it wasn’t a favourite Christie and I didn’t find it very Christmassy either. Another book with a very similar plot, published three years later, is Envious Casca by Georgette Heyer.

Envious Casca has also been published under the title A Christmas Party. However, the family featured in the novel were such a nasty, unpleasant group of people, I couldn’t think of anything worse than being a guest at that particular party! Another mystery set at Christmas with a dysfunctional family at its heart is I Am Half-Sick of Shadows, the fourth in Alan Bradley’s Flavia de Luce series.

In I Am Half-Sick of Shadows, eleven-year-old Flavia tries to catch Santa Claus on his way down the chimney. In the final book in my chain, Nora Bonesteel’s Christmas Past by Sharyn McCrumb, Sheriff Spencer Arrowood is also trying to catch a man on Christmas Eve – a criminal who lives on a remote farm in the Appalachian Mountains. 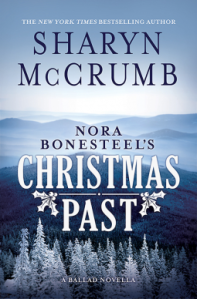 For the first time since I’ve started taking part in Six Degrees of Separation, I am able to bring the chain full circle. The title of my final book contains the words ‘Christmas Past’ – and the first book features the Ghost of Christmas Past!

Have you read any of these? What are your favourite Christmas-themed books?

Next month (January) we will be starting our chains with The French Lieutenant’s Woman by John Fowles.

26 thoughts on “Six Degrees of Separation: The Christmas Edition”