This month we are starting with a book I haven’t read and know nothing about: Murmur by Will Eaves. Goodreads tells me that “taking its cue from the arrest and legally enforced chemical castration of the mathematician Alan Turing, Murmur is the account of a man who responds to intolerable physical and mental stress with love, honour and a rigorous, unsentimental curiosity about the ways in which we perceive ourselves and the world.” 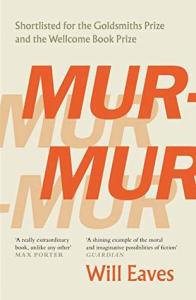 I struggled to think of how to link this to another book, especially as I prefer to only use books in my chains that I’ve actually read and reviewed. I’ve never read anything else by Will Eaves or anything about Alan Turing and neither the book cover nor the word ‘murmur’ gave me any inspiration either. Eventually, I decided that, as Alan Turing was a mathematician, I would simply choose another novel I’ve read about a mathematician – The Words in My Hand by Guinevere Glasfurd. 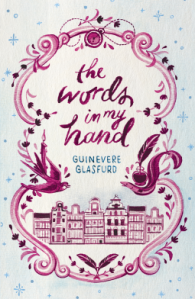 The Words in My Hand tells the story of Helena Jans van der Strom, a Dutch woman who was in a relationship with the 17th century French philosopher and mathematician René Descartes for more than a decade. The novel explores the significance of the roles they played in each other’s lives and the barriers of class and gender that meant their relationship could never be an equal one.

The story is set mainly in Amsterdam, which is where Helena is working as a maid at the time when Descartes comes to stay in the city. Another book set in 17th century Amsterdam is Jessie Burton’s The Miniaturist, a novel inspired by Petronella Oortman’s doll’s house which is on display in the Rijksmuseum. 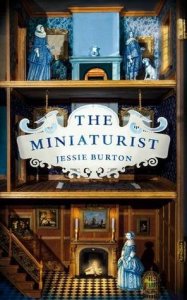 In The Miniaturist, a young woman is given a special wedding present by her husband: a cabinet containing a doll’s house that resembles their own home. She writes to a ‘miniaturist’ asking for some tiny items and figures to put inside it, but when they begin to arrive she is surprised to find how closely they correspond to people and things from her own life. I enjoyed the book but was also disappointed by it because I felt that the mystery of the miniaturist was never fully resolved.

In 2014, The Miniaturist was voted Waterstones Book of the Year, a prize which has been running since 2012. Last year’s winner was Normal People by Sally Rooney, a book I haven’t read, but one that I have read and loved is Stoner by John Williams, which won the award in 2013. 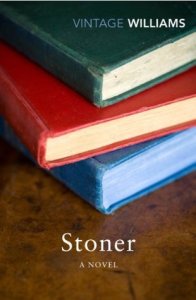 Stoner, published in 1965, is the story of farmer’s son William Stoner who attends the University of Missouri to study agriculture but discovers a passion for literature instead and stays on at the university to teach for the next forty years. Stoner becomes a Professor of English Literature and that makes me think of Edmund Crispin’s detective Gervase Fen, who was Professor of English Language and Literature at Oxford University. Fen stars in a series of mystery novels, the first of which is The Case of the Gilded Fly. 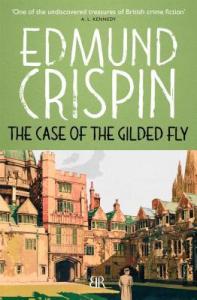 In The Case of the Gilded Fly, Fen is investigating a locked room murder which takes place during rehearsals for the premiere of a new play. An Egyptian-style gilded ring is found on the dead woman’s finger. The word ‘gilded’ in the title leads me to Gilded Splendour by Rosalind Laker, a fictional account of the life of the 18th century cabinet-maker and furniture designer Thomas Chippendale. 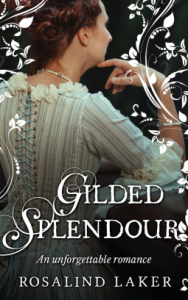 Despite the cover, I didn’t find this a very romantic story, especially as I really disliked the hero and wished the heroine would just forget about him! However, I did love the descriptions of Chippendale’s work and the techniques he used to create his furniture. I particularly enjoyed reading about a doll’s house that he built and furnished in miniature – which of course links this book back to an earlier book in my chain, The Miniaturist!

I need one more link to finish the chain, though, and I have chosen another novel where an item of furniture plays an important part. Great House by Nicole Krauss consists of several stories set in different times and places which are all linked by a writing desk with a dramatic and complex history. 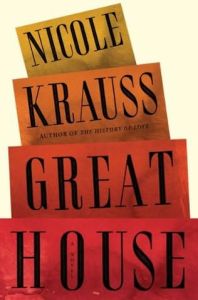 And that’s my chain for this month! My links have included mathematicians, Amsterdam, prize winners, English professors, the word ‘gilded’ and items of furniture. Have you read any of these books?

In July, we will be starting with the children’s classic, Where the Wild Things Are by Maurice Sendak.

27 thoughts on “Six Degrees of Separation: From Murmur to Great House”