This month we are starting with A Gentleman in Moscow by Amor Towles, a book I read a few years ago – it’s not often that I’ve read the starting book in one of these chains and it does make things slightly easier! It tells the story of a Russian Count who is sentenced to spend the rest of his days under house arrest in Moscow’s Metropol Hotel. I really enjoyed this book and found it quite inspiring that the Count managed to lead such a fulfilling life during his confinement. 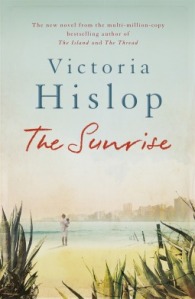 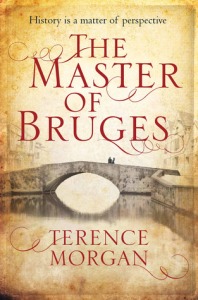 Another novel set in and around a hotel, this time in Cyprus, is The Sunrise by Victoria Hislop (1). The story takes place in Famagusta in 1974, when the Sunrise Hotel is evacuated during a Greek military coup and Turkish invasion. I found the book a bit uneven, but loved the setting and the vivid descriptions of the abandoned city.

Famagusta already had a troubled history, long before the events of The Sunrise. In Dorothy Dunnett’s Race of Scorpions (2), the third in her House of Niccolò series, our hero Nicholas arrives in Cyprus in the early 1460s just as the island is torn apart by the conflict between Queen Carlotta and her half-brother James de Lusignan and the city of Famagusta finds itself under siege.

The Niccolò series takes us all over 15th century Europe and Africa, but the first book, Niccolò Rising, is set mainly in Bruges. I can’t think of many other books I’ve read that have Bruges as a setting, apart from an obvious one: The Master of Bruges by Terence Morgan (3). This novel is presented as the fictional memoirs of the 15th century artist Hans Memling who becomes acquainted with Edward IV and the future Richard III during their exile in Flanders. 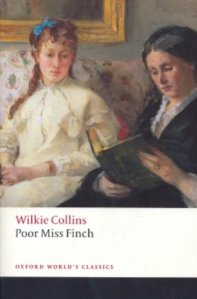 My next link is to another book with Master in the title. There were a few I could have chosen, but I decided on The Master and Margarita by Mikhail Bulgakov (4). I remember feeling intimidated by this book before I started to read it, but I needn’t have worried because I absolutely loved this weird and wonderful Russian classic.

A famous phrase from the book is “manuscripts don’t burn”, which makes my next link a very easy one. A Burnable Book by Bruce Holsinger (5) follows the poet John Gower as he searches 14th century London for a missing book of prophecies which predicts the death of the King of England. John Gower was a real person and although there’s not much biographical information on him available, we do know that he became blind in later life and in the sequel, The Invention of Fire, we see him trying to cope with his loss of sight.

Poor Miss Finch by Wilkie Collins (6) is a novel with a blind heroine and it handles the subject of blindness in a way that is both sensitive and fascinating. It’s not quite as ‘sensational’ as some of his other novels (and has a very strange subplot involving twins with blue skin), but I still enjoyed it!

And that’s my chain for this month. In October we’ll be starting with Three Women by Lisa Taddeo.

31 thoughts on “Six Degrees of Separation: From A Gentleman in Moscow to Poor Miss Finch”